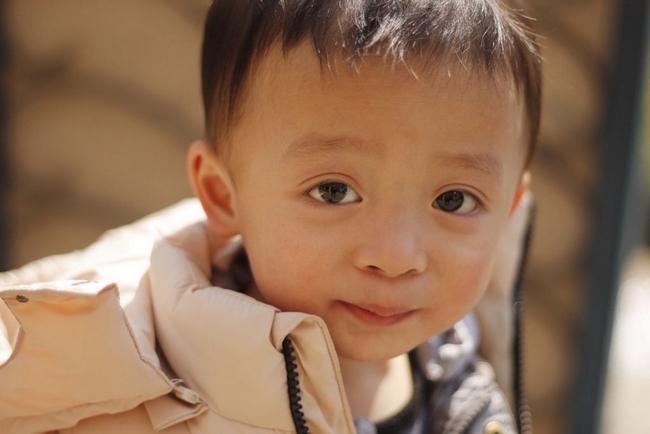 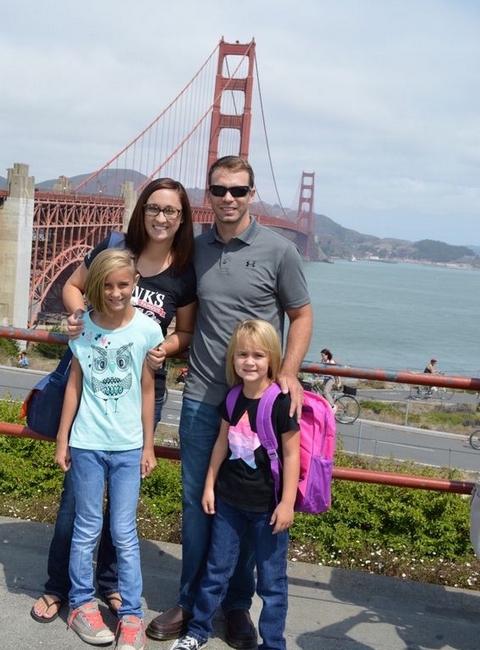 Working for something that you really want and has been on your mind for a long time makes the reward of your labor even sweeter.

This can be said for Amber and David Engelmann, a couple living in Rosepine and adopting a two-year-old special needs son from China.

To help offset the adoption costs, the Engelmanns are doing a service project through the Both Hands organization, which is based on the Bible verse James 1:27 which states one must look after the orphans and widows.

Amber is a wife to David and a stay-­at-­home homeschool mom to daughters Callie, 10, and Arya, 6.

While she’s been homeschooling, she has also been filling out paperwork and preparing to adopt Zane, a name which means God’s gracious gift.

Zane has a growth development delay. He was dropped off and left at a convenient store in China. After many phone calls and attempts to find his parents, officials placed him in an orphanage.

“Boys are given the responsibility in China to take care of their parents when they are old. There is also a child cap in China, so if they aren’t healthy babies, people typically give them up or just leave them somewhere like they did to Zane,” Amber says of his story - one becoming more common as life gets harder.

Amber said her David was in Saudi Arabia at the time God challenged her to be open to whatever God had for them when they began the adoption process, not just what was comfortable to them or what they thought they could manage.

The adoption process through AmericaWorld began in April of 2015 when Amber started the pre­application work. Adoption is expensive, and the family knew that going in, but they felt this was something they needed to do.

“After much prayer I shared this with David and he was in agreement. After more prayer and research we filled out the pre­application for an international adoption, and the top recommendation from the agency for our family was China. In that email, we found out that special needs boys are in the most need of adoptive parents.”

Once they felt they had direction, they applied for the China Waiting Child Program, which includes special needs, older children, and sibling groups.

They are making arrangements to fly to China and get Zane in July to bring him to his new home before his third birthday. Their daughters are really excited to have Zane come home and can’t wait to be big sisters.

Adoption is expensive, but there is an organization that tries to ease the burden.

“Both Hands works a bit like a jog-­athon,” Amber said of the non­profit fundraising organization.

The family asks for sponsors to give donations for a service project for a widow, and the monetary donations go through Both Hands. The family gets reimbursed for the work that they do.

The work benefits widows like Cindy King, whose husband, Dennis, died in 2010. King is in need of some work done to her house, so the Engelmanns and a few volunteers are going to fix her house to earn the donation money they receive through their sponsorships sent to Both Hands.

Engelmann has asked businesses, like Lowe’s, about donating supplies for the project.

The family also threw a letter-writing party, where the family asked friends to bring as many addresses as they could and mail them to get the word out about their service project and the need for donations. Amber hopes this brings in more sponsors.

She said she likes this organization because they have to work to earn the money the sponsors supply, and she thinks it’s great that the work benefits two people.

If you would like to donate to their cause and learn more about this story or organization, you can visit their website https://bothhands.org/project/engelmann-155. If you would like to write a check towards their cause, make it out to “Both Hands” and mail it to Both Hands, Attn: Engelmann #155, P.O. Box 2713, Brentwood, TN 37024. Include in the memo line Engelmann #155.

One hundred percent of the donations go toward the Engelmann’s project.

Donations to the Engelmann’s cause is tax deductible, and Both Hands is a 501(c)3 organization.

The donations will help ease the monetary burden in giving Zane his new home with the Englemanns.

This article was written by Hannah Philley of the Beauregard Daily News. The article can be found HERE: http://m.beauregarddailynews.net/news/20160611/rosepine-couple-adopting-chinese-boy