Read the personal story of Gheorghe Meyer, one of four children adopted by Don and Mary Meyer.
The Meyer's held the very first Both Hands project. This is Gheorghe's story 5 years later...

When I was a little kid I lived with my parents in a small village in Moldova. Life was hard but my family and I fought hard and lived through those hard times. When I was nine years old, my mother passed away. That’s when everything started to change. Due to the fact that my mother died and that my father was unable to take care of my siblings and me because he had a problem with alcohol, my siblings and I had to go to an orphanage.

At first the orphanage was not bad, but with time I started to hate the place. It was not a good environment for any kid to live in. One step out of line and punishment could be bad. If I did not obey, I was beat by the teacher. Food in the orphanage was awful and at the same time they did not feed us enough and I would be hungry all the time because I would not get enough food to eat. While I was at the orphanage I did not feel like I was home. I did not feel like I belonged. I felt alone in spite that there were other orphans there with me. I was one of three hundred orphans and all of us were treated the same way.

After being in the orphanage for about a year, my siblings and I went back to our village to visit our father. During the summer that we spent with our father, we went swimming and my dad drowned. During the short time that I spent with my dad, I felt at home, but it seemed like someone was trying to take everything away from me. That summer my siblings and I became true orphans. We didn’t have a mother or a father. We went back to the orphanage that summer. During summers the kids at the orphanage went to a camp. It was that summer that my life changed for good.

While at the camp, we were visited by a group of Americans that came there to share the gospel and have fun with us. That summer I met Don Meyer. He was a nice gentleman who liked to talk about God while at the same time having fun with the kids. I became attached to him and spent most of my time with him while he was there. It was then that I accepted Christ into my heart. He made my time at the camp more fun and I enjoyed it while it lasted. After a week the Americans left and everything went back to normal. The rest of that summer was miserable.

About half a year later I received the news that Don Meyer wanted to adopt my siblings and I. My heart was filled with joy. I did not understand why a man like him wanted to adopt anyone like me. “Because God told me and I obeyed” that’s what my new father told me.  It was hard for me to understand how anyone could be that obedient. 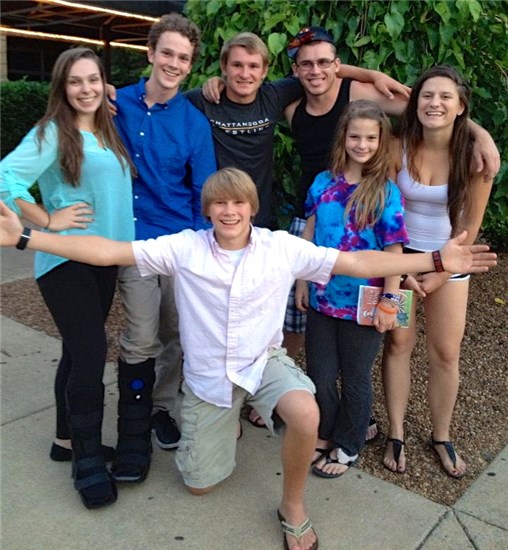 Five months later, my siblings and I were in America. The adoption process took a very short time. My life was changed completely. I went from having no parents to having the most loving and most caring parents. I went from not having a home to having a very nice home. It was a change that I never thought could happen. I can truly say that I have been blessed by God. My life is a lot easier and I am in a place that I belong. I have a new family that cares about me. I am no longer an orphan.