Mark Twain once said, "The most important days in a person’s life are the day they were born and the day they find out why."

J.T. Olson says that second day in his life came in 2008 when he left his "regular" job to start the Both Hands project full time.

So what in the world is the Both Hands project and why would I be writing about it in an article that deals primarily with the simple life?

Fast forward to the summer of 2015, this private, almost-hermit-like-sometimes widow’s farm was overrun with 45 of some of the most energetic children, teens and adults you’ve ever seen! An army of workers had descended on my 15 acres with hammers, ladders, paintbrushes, rakes, weedeaters, cleaning cloths, shovels, wheelbarrows and that all-important Phillips-head screwdriver at 8 a.m. on a hot, but breezy, Saturday morning! 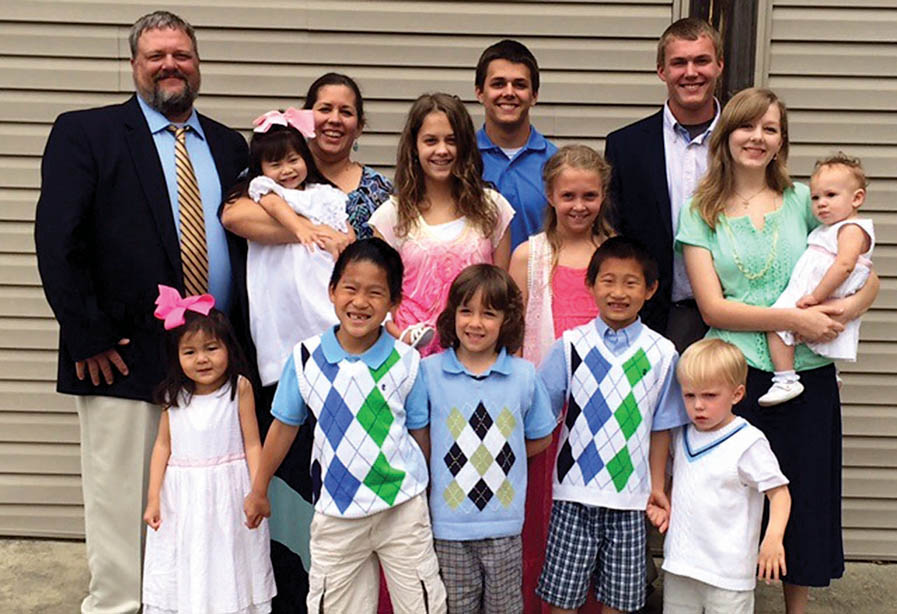 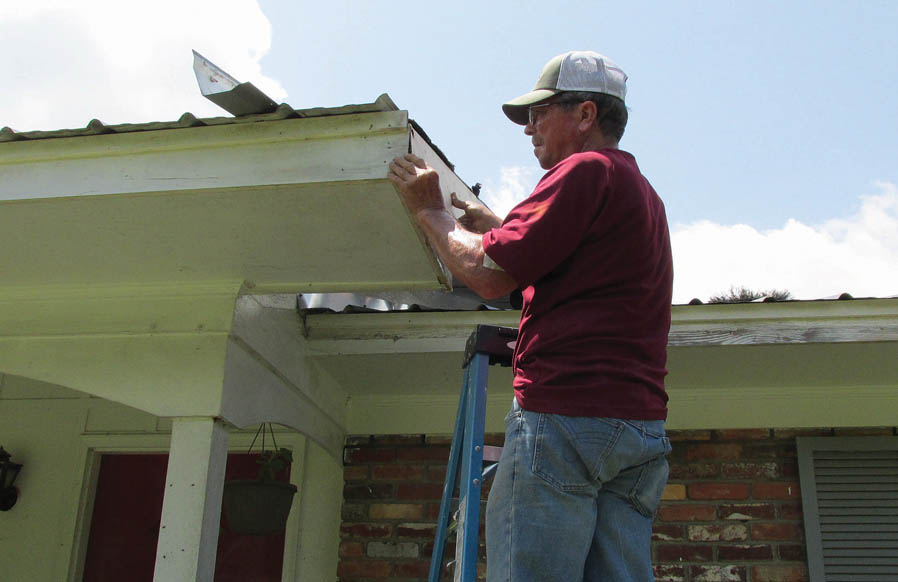 I admit I had my doubts and my reservations! Why did they pick me and what in the world would they do here?

My widow’s farm was overrun with 45 of some of the most energetic children, teens and adults you’ve ever seen as the volunteers from the Both Hands project spent five days working around my farm.

It started simply enough. One of my pastors, Bro. Eric Hixon, sat on my tiny general store’s front porch one morning and asked if I’d consider being a part of a Both Hands fundraiser to help in his family’s adoption of two more children from China: Naomi, 10, and Mariam, 3.

He explained the Both Hands ideals as being "pure and faultless religion in this: to look after orphans and widows in their distress, as told about in James 1:27."

Workers would work a certain amount of time at my home and would seek donations or pledges from folks who would donate money toward the adoption process.

The Both Hands idea came to Olson like this, as he explains on the Both Hands website: "Almost 10 years ago, I served on the board for Bethany Christian Services in Nashville and was responsible for an annual golf tournament where we sent letters asking for sponsorship while we golfed. A few days before the event, my friend sent my sponsorship letter back to me and scribbled on it, ‘J.T, if you were working on a widow’s house, I might sponsor you, but you’re just golfing. Nice cause.’ I’ll admit I was a bit surprised, but I called him and we had a good laugh about it. His idea never left me. A few years later, my friend came up to me in church and told me he was adopting four orphans from Moldova. Since I had adopted, I knew how expensive it would be. I asked how much he needed to raise. He replied, ‘About $65,000.’ He had no clue how he was going to do it, but he knew it was God’s calling.

"Long story short, we gathered about a dozen of our friends and found a widow’s home to work on. All of us sent out letters asking for sponsorship while we worked, with the proceeds going towards my friend’s adoption. We ended up raising about $55,000. It wasn’t long before another friend asked us to do a project for his adoption.

"Fast forward 6 years and I think our numbers say it all. I left my job to start Both Hands full time.

"We are not all called to adopt, but we can all play a role in serving widows and orphans. A Both Hands project works in the same way as a marathon or a golf tournament. The only difference is, instead of playing, we’ll be working on a widow’s home! We think that’s pretty cool!"

More specifically about the Hixon’s Both Hands project, Olson explained, "Both Hands is committed to fundraising for its operating expenses through private donors and grants, so NO FUNDS RAISED by a family and their team are deducted for Both Hands’ administrative expenses. The supplies used to work on the widow’s home are donated. The money you send will help two orphans become adopted into a forever family. The widow benefits, two children are brought closer to home and a group of volunteers spend the day serving others."

Bro. Eric and his wife, Rebekah, are quick to point out they aren’t perfect parents; they don’t have all the answers and they still make mistakes. But they feel like adoption is a "calling" and, as another adoptive mother in our congregation explains, she is blessed by Bro. Eric’s saying, "We don’t adopt on our ability. We adopt on faith."

The majority of the 45 who came to my Old Field Farm that day are members of New Covenant Baptist Church, where I am a member (and where Bro. Cliff Cook is the other pastor along with Bro. Eric), but there were some folks from two other churches as well.

While I have grown children who try to help me as much as possible, they have families and responsibilities of their own, so there were many things at my home that were neglected during my husband’s lengthy illness and then death three years ago.

Some things seemed pretty simple, but, unless you have the right tool and the know-how, they can get quite complicated for a chubby, gray-haired homesteader!

The storm windows required a special tool to undo the screws to take them down so the windows could be freed of spiderwebs, and then washed inside and out before the storm windows were reinstalled!

There were boards reaching from the front of my house to the tip-top of the roof where the metal roofing was attached, but one particularly vital board was rotten. The roofing was unscrewed, the board replaced with a new one, repainted and then the roofing reattached. Similar boards on the front and end of the house were likewise replaced and painted!

Where bushes and weeds of untold origins threatened to overtake various areas such as my back porch and a nearby power pole to which all my electrical service is connected, folks with weedeaters, swing blades and chompers not only cut the dreaded and snaky foliage but carted it away in wheelbarrows or dragged it to a huge pile that my son later burned!

My house and farm looked like a different place by 4:30 that Saturday afternoon!

The donations were still out when I wrote this article, so I’m not sure how much money was raised on that particular day. I know there have been yard sales, cake sales and other fundraisers during the last few months. ***

One thing I do know is, by the time you are reading this, we believe the Hixons will be back from China with Naomi and Mariam!

And I do know that my simple life was blessed beyond measure by my tiny part in all of this!

Suzy Lowry Geno lives a simple life at Old Field Farm in Blount County. She can be reached through her website at www.suzysfarm.com. This article can be found HERE: http://www.alafarmnews.com/index.php?option=com_content&view=article&id=5470&Itemid=152