Home from the Congo (Boyer Family)

When Jennefer Boyer learned that her son Luke had contracted malaria, she did what any mother would: She rushed to be by his side.

In her case, that meant leaving her husband and two biological daughters in Seattle to spend nine months in Congo, where her two adopted sons, 4-year-old Luke and 6-year-old Andre, had been waiting two years to come to their new home.

On Wednesday, they finally made it.

“It’s time. It’s time,” Jennifer said, close to tears, as she glanced over every person coming out of customs, waiting for one to be Isaac. 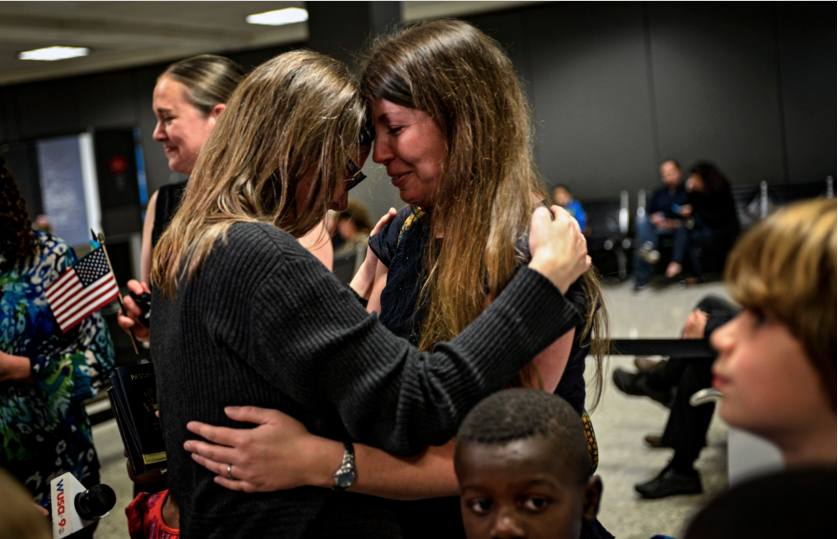 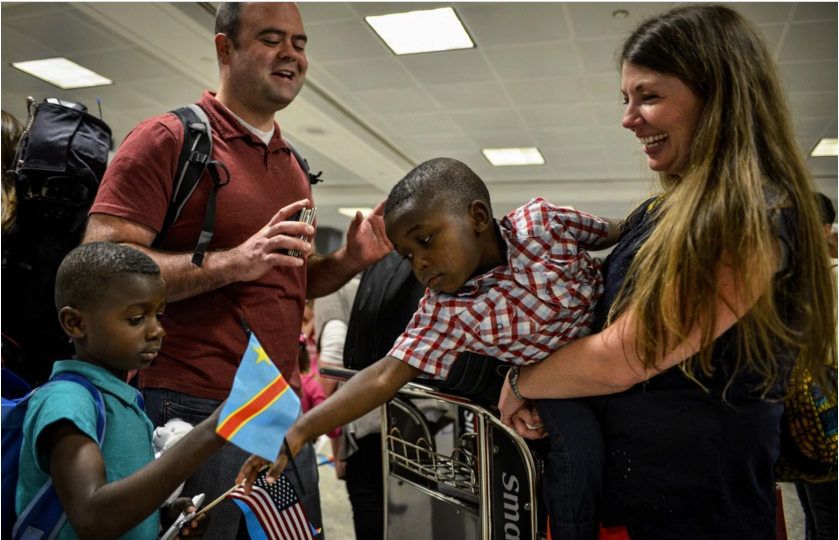 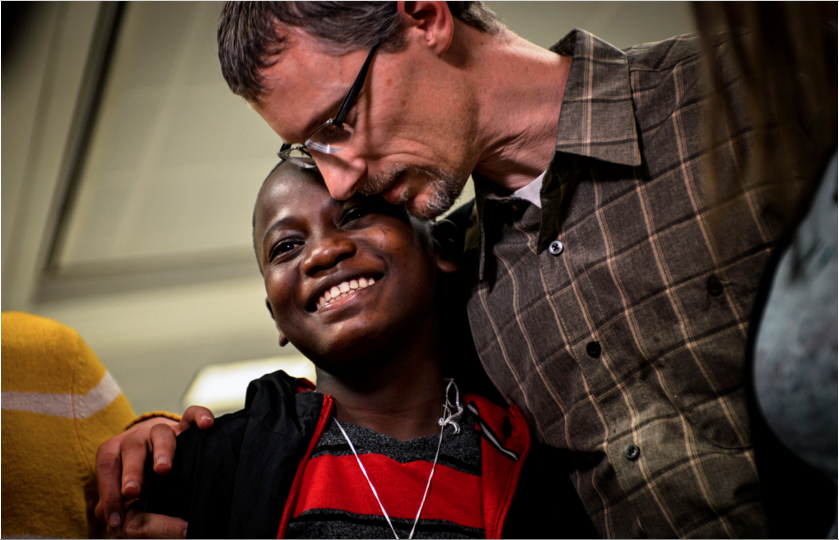 Boyer and the Sandses are the lucky ones. They are among about 1,200 families — a third of them American — who adopted children from the Congo only to be hit by a Congolese government freeze on granting the children exit letters. That was in September 2013, and many have been waiting ever since.

Then, last week, Congo announced that it had completed its review of finalized adoption cases and would authorize the departure of 69 children to eight countries. Fourteen of the children were adopted by U.S. families.

The rest hope that Wednesday’s homecoming was a sign of things to come.

Julie Renee Massie and her husband, Chris, of Richmond, already had a biological son, who is now 7, when in January 2013 they were matched with Esther, who is about a year younger than their son.

The process was supposed to take just six months — nothing in the world of international adoptions, where years can pass between applying and actually bringing a son or daughter home.

“We did a lot of research on the countries that you could adopt from, and at the time, the Democratic Republic of Congo seemed best,” Julie Massie said. The freeze on exit letters came just as their six-month wait should have ended.

Massie, who is also awaiting exit papers for a 3-year-old adopted son in Congo, was at Dulles Airport on Wednesday to greet the arrivals, as were several other families whose children are still in Congo. Some families who adopted children from Congo before the freeze were there, too. Some of their children were excitedly running around in African-patterned attire — one was wearing a Congolese soccer jersey.

They gathered in the international arrivals area, coloring welcome posters while they waited for the three new Americans to get through customs.

Finally, someone shouted, “They’re here!” The Sandses and their son and three daughters — two adopted, two biological — raced up and threw their arms around Isaac.

Isaac was all smiles when the family of seven shared a long, long hug, surrounded by flashing cameras and cheering supporters. He held his mother’s hand as he walked toward the crowd, whispered to her and giggled. He showed his family his water bottle — “I get it from the airplane” — and told them that he watched a movie during the flight.

Boyer walked out with Andre and Luke, who nine months ago had been so malnourished and weak after his third bout of malaria that he couldn’t walk.

“When your child is sick, you go where they are,” she said. Now, Luke was healthy enough to scamper around, charming the other families. “He runs a little too much,” Boyer said happily.

The freeze on exit letters comes at a time when international adoption is getting harder after being relatively fast and easy in the 1990s. Some countries forbade it altogether after unscrupulous agents stole babies or tricked parents into giving them up in order to cash in on a booming business.

Russia issued a ban on U.S. adoptions nearly three years ago in a move widely considered to be political.

Massie said she hasn’t heard a good explanation as to why the Congolese government stopped issuing the exit letters. “We were told at the time that they were stopping . . . for up to one year because they weren’t sure if the children were being treated well when they came home or because of corruption in their own courts. We haven’t really known.”

This article was written by Julie Zauzmer and Tara Bahrampour with pictures by J. Lawler Duggan for the Washington Post. The article can be found HERE: https://www.washingtonpost.com/local/social-issues/home-at-last--congolese-adoptees-arrive-in-us-after-two-year-wait/2015/11/11/5323f05c-88ae-11e5-be39-0034bb576eee_story.html