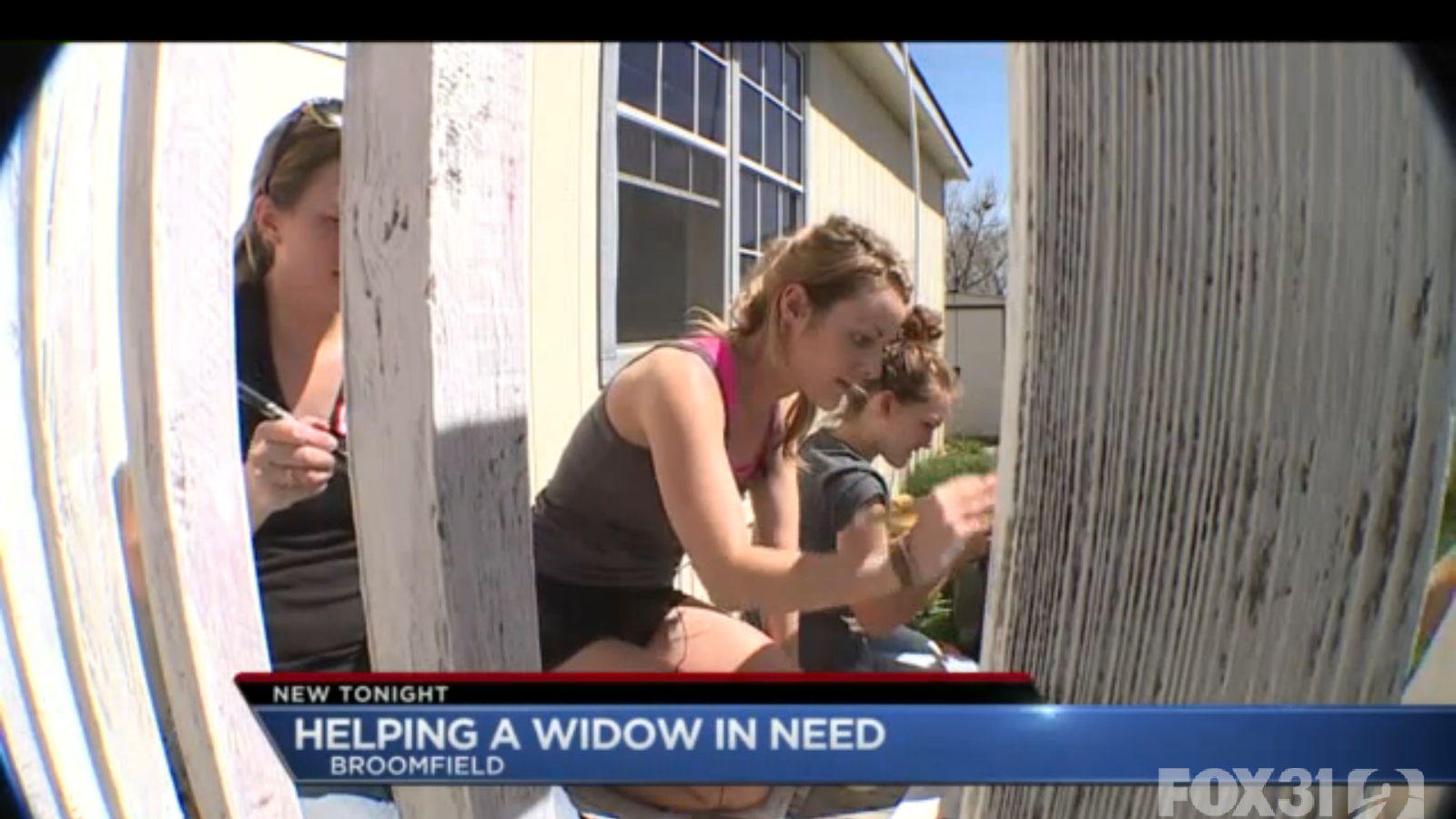 BROOMFIELD, Colo. -- While many of us enjoyed the warm temperatures Sunday by relaxing outdoors, in Broomfield -- it was all hands on deck.

Strangers pitched in to not only help a widow in need -- but also a family trying to adopt a child.

They came from all across the Metro to help this widow with work she once relied on her husband to do.

"It's been hard. He was in the middle of doing stuff when he passed away,” said Pam Devindorf.

Pam’s husband died in 2013 -- after 23 years of marriage - to complications  from pneumonia.

Adam and Ashley Johnson didn't know Pam -- but they agreed to round up almost three dozen volunteers to fix her home, who are also helping the Johnson's collect money -- to adopt a baby in Bulgaria.

“We've just been overwhelmed with the support. It's been mindblowing,” said Adam.

It's a unique service project from an organization called Both Hands.

Couples trying to fundraise for an adoption agree to coordinate a service project -- by fixing up a widow's home.

The family and their team find sponsors for their day of service -- and those funds go toward the adoption.

A win win -- for everyone involved.

“Nowadays you don't see people helping as much as they used to. People used to help more 30 years ago,” said Pam.

"It's really encouraging to see so many people sacrifice so much to help us and to help Miss Pam. It really gives me faith in people," said Ashley.

Proof that it doesn't just take a village to raise a child -- it can also take one to bring one home.

This article was written by Keagan Harsha at Fox31Denver. Find the original article here: http://kdvr.com/2016/04/10/couple-trying-to-adopt-child-raise-funds-by-fixing-up-widows-home/