When Bill and Lori Moody of Madison decided to adopt their fourth child — who will hopefully be coming from Poland in early 2016 — they knew they would need financial assistance. Two of their first three adopted children came from China, and the costs of the legal paperwork — not to mention the expense of flying back and forth — have been staggering.

But rather than create a fundraising page and simply hope for the best, the couple is using the Both Hands adoption site, a Christian nonprofit that has served orphans, widows and adoptive couples since 2009. And in doing so, the Moodys are giving back to a new friend they’ve made in Brandon. 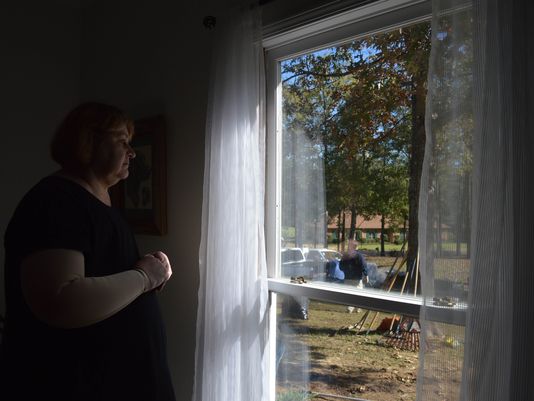 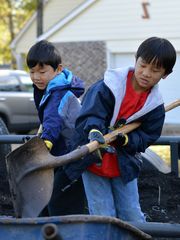 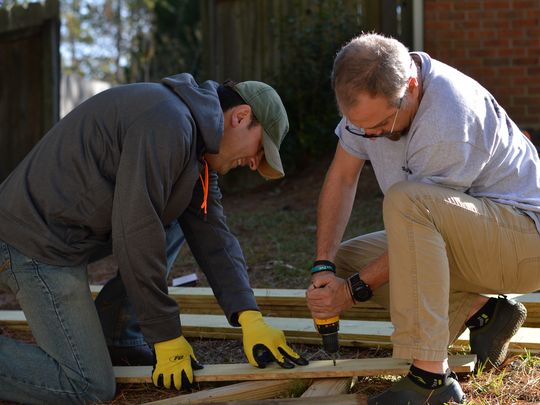 “A lot of families do rummage sales and bake sales (to raise money), and the more I read about Both Hands, the more I realized you’d be serving someone — rather than asking someone to sponsor you running a race or playing in a golf tournament,” said Lori Moody. “It felt more responsible than just asking people if they could help with our adoption. All money raised goes toward your adoption, with no administrative fees. It felt like a good fit for us and our church and friends.”

The Moodys are members of Bellwether Church of Jackson, and discussed their adoption plan with Dr. David Carroll, a Bellwether elder. He put them in touch with Donna Reiss of Brandon, whose husband, John, passed away almost a year and a half ago.

After talking with Carroll and finding out more about the Moodys and their prospective daughter, Reiss found out she had two distinctive things in common with the family:

“I am 100 percent Polish, and I learned that their child is coming from Poland," Reiss said. "And my husband died on the day their (adoptive) daughter was born. I think it was divine intervention.”

Carroll said he had been friends with Reiss and her husband for years.

“When John passed, that was a really bad time, and when it came time to find the widow (for the Moody adoption through Both Hands), my wife and I talked and several of us (at church) prayed over it. We thought Donna was a good choice," Carroll said.

“The Bible talks about taking care of widows and orphans, and this is someone we wanted to help. It’s one thing to let someone stop by and drop off food, but it takes a special attitude on the part of the widow to let people into your home and spend a whole day with them, and go through personal belongings together. Finding someone who is willing to make themselves vulnerable like that is a big deal.”

Bill Moody organized a group of Bellwether volunteers that went to Reiss’s home in Brandon last weekend to do a variety of physical tasks — landscaping, weather stripping, brick repair — that Reiss’s late husband did during the 34 years he and Donna were married. Due to illness, Reiss is not able to work around her house as she did in the past.

“You’re reaching out to the widow and orphan in that time of need, and not abandoning them,” Bill said. “You’re helping someone at the same time you’re using it as a fundraising vehicle. Both Hands was the perfect vehicle to serve, as well as to get our little girl, who will turn two next June. They provide legitimacy for your project and are your advocate, but they don’t do the work for you.”

Bill and Lori will most likely travel to Poland in January and spend two weeks with the family from whom they’re adopting. That trip will include a meeting with a judge, and if all goes well, the couple will return to Poland in March — with their children — to pick up their daughter and bring her back to Madison.

“They have a heart for taking care of children and finding a place for them. Not everyone has that,” Carroll said. “The adoption process is very expensive, and there’s what I call the ‘hassle factor.’ Bill has the energy to do all of it, which is saying something.”

“We were total strangers before being introduced by Dr. Carroll,” Reiss said of the Moodys. “For someone to offer to help you, in that kind of magnitude, is pretty rare in this day and age.”

Bill continues to marvel that his Polish daughter was born on the day his Polish friend Donna Reiss lost her husband (as does Carroll, who refers to it as “a God thing”). Bill and Lori, of course, are counting the days until their fourth child is officially under their roof in Madison.

“These little moments are stacking up, and God’s all in this,” Bill said. “He’s working the deal. It’s just like it’s meant to be.”

This article was written by Joe Lee of The Clarion-Ledger (part of the USA Today Network). The article can be found HERE: http://www.clarionledger.com/story/life/faith/2015/11/20/widows-story-reinforces-couples-adoption-commitment/76043988/